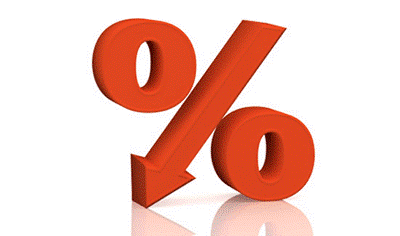 We've made it to spring! As the season changes, so does the property and lending landscape.

Buyers snapping up properties in a red-hot market

Almost 598,000 residential properties were sold in the year to August, which is the highest number of annual sales since 2004, according to CoreLogic.

As the statistics show, buyers are competing hard for properties right now. So if you’re in the market, it’s vital you get your finances in order. That way, if you see a property you like, you can beat the competition.

Some interesting new data sheds interesting light on the eternal debate over whether to have a variable or fixed home loan.

Reserve Bank of Australia data for August shows owner-occupiers on three-year fixed loans were paying, on average, 1.26 percentage points less than those on the discounted variable rate.

However, as the graph shows, these things move in cycles. The gap between fixed and variable rates might start closing, with the Reserve Bank signalling it will start increasing official interest rates once the economy strengthens.

If you're wondering whether to go fixed or variable, here are three things to consider:

Have you been squirreling away money during the latest round of lockdowns? If so – join the club.

Australian households have been saving an average of 9.7% of their income, according to the most recent data. However, the Reserve Bank has forecast that the saving rate will increase to about 15% by the end of September.

Part of the reason people have been saving more is because they’ve been stuck at home, which has meant they’ve had fewer opportunities to spend money in shops.

The Housing Industry Association recently reported that house new house sales are performing strongly – partly "due to increased household savings during the pandemic".

59% of borrowers choose brokers over banks

With brokers now legally required to act in the best interests of borrowers – something banks aren’t required to do – borrowers have been turning to brokers in increasing numbers.

Last year, ASIC, the financial services regulator, introduced the best interests duty, which obliges brokers (but not banks) to act in their clients’ best interest when providing home loan advice.

The Mortgage & Finance Association of Australia said the increasing popularity of brokers reflects “the ever increasing trust and confidence consumers have in their broker and the unrivalled best interests duty a mortgage broker provides”.