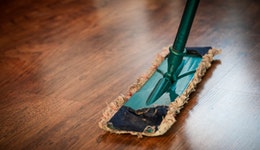 Here are 4 interesting property and finance stories that are making news:

For the past five years, investors have been paying higher interest rates than owner-occupiers. Recently though, this gap has been narrowing.

Investor lending peaked in April 2015 – there were $10.1 billion of new investment loans (excluding refinancing) in that month, according to the Australian Bureau of Statistics.

However, banks (under pressure from regulators) then made it harder for investors to get loans, through a combination of higher rates and stricter criteria.

By June 2020, the most recent month for which there is data, the value of new investment loans had fallen to $4.4 billion.

Fewer investors have been taking out mortgages, forcing banks to compete harder to maintain their lending volumes. One way they're doing that is through record-low rates for new borrowers. Another is by trying to poach existing borrowers from rival banks with special refinancing deals.

More homeowners putting their property up for sale

The number of properties on the market has been increasing, but listings are still down on the year before, according to SQM Research.

Between June and July, Darwin was the only capital city where property listings fell.

Between July 2019 and July 2020, Sydney and Melbourne were the only capitals where listings increased. This reflects a weakening property market in Australia’s two biggest cities, according to SQM managing director Louis Christopher.

"Outside the two capital cities, the market is more balanced and, indeed, we are seeing an increase in demand for housing across regional Australia,” he said.

Australians are passionate about homeownership, with Millennials particularly keen about climbing onto the property ladder.

More than one in four Australians (26%) plan to buy a property in the next two years, according to an ING survey of 2,113 people.

The number is even higher for Millennials, with about one in three (32%) planning to buy a property within the next two years.

There’s a feeling COVID has softened the property market and made homeownership more achievable – 46% of Millennials hold that view.

The key reasons why Australians believe buying a home in the post-COVID market is more achievable are:

Also, 69% of people say the pandemic has forced them to take more control over their finances.

Five of Australia’s eight capital cities have turned in favour of landlords over the past year.

Vacancy rates fell in Brisbane, Perth, Adelaide, Canberra and Darwin between July 2019 and July 2020, according to SQM Research.

That means there were fewer investment properties on the market for tenants to choose from, which would’ve made it easier for landlords to find tenants and raise rents.

However, vacancy rates rose in Sydney, Melbourne and Hobart during the same period, which would’ve made it harder for landlords to fill their properties and would’ve placed downwards pressure on rents.

Hobert (0.70% and Adelaide (0.90%) both had extremely low vacancy rates at the end of July, making them landlords’ markets.