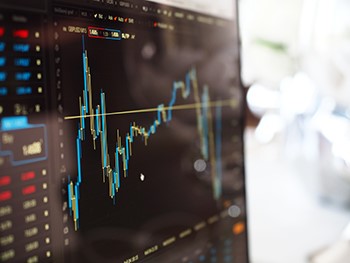 This month, I've got four stories for you:

1. Which has higher yields – houses or units?

Houses v units – which has the higher rental yield?

Units are delivering a higher rental yield than houses, according to the latest ANZ Housing Affordability Report.

However, the figures differed significantly among Australia’s eight capital cities, with Sydney delivering the lowest yields and Darwin the highest.

For houses, Perth was the only city that experienced an increase in yields between 2019 and 2020, while Sydney and Melbourne experienced the biggest decrease.

For units, Darwin was the only city to increase its yields, while Sydney, Melbourne and Hobart had identical drops of 0.60 percentage point.

Refinancing has reached record levels, according to new data from the Australian Bureau of Statistics.

A record 33,712 Australians refinanced in May, the most recent month for which there are stats. That was up 30% on April, which was itself a record.

Of those who refinanced, 64% moved to another lender, while 36% stayed with their current provider.

There are two reasons why refinancing is so popular:

1. Interest rates are at record-low levels.

2. Lenders are competing hard for business, with cashback offers and other deals

While refinancing is a good decision for many borrowers, it won’t suit everyone. Here are some questions to ask:

1. Will you have to pay money to close your current loan early?

2. Will you be forced to pay LMI (lender’s mortgage insurance) if you switch?

3. Will your new loan revert to a higher interest rate after a honeymoon period?

Want to refinance? I can help.

The $25,000 HomeBuilder grant has proved very popular, with new home sales jumping 77.6% from May to June, according to the Housing Industry Association.

To be eligible for HomeBuilder, you must:

* Build a new home or substantially renovate an existing home

* Start building within three months of the contract date

But beware of buying a property just to access the grant.

The tight December 31 deadline means you might struggle to get a building contract signed with a reputable builder by the end of the year.

Call me if you need a construction loan.

Australia’s banks will let some borrowers extend their repayment pause by another four months, subject to conditions.

In March, banks announced borrowers could pause their repayments for up to six months, ending in September.

Now, banks have said some borrowers can extend that period by four months, ending in January 2021 – but this extension "will not be automatic", according to the Australian Banking Association (ABA)

If you’re able to resume making repayments after the six-month deferral, you’ll be expected to do so.

If you can’t, your lender might talk to you about restructuring your loan, such as extending the loan term or switching to interest-only payments.

If nothing has been agreed by the end of the six-month deferral, your lender might extend it by four months – but you will be expected to work with your lender during that grace period to find a long-term solution.

If you’re in need of help running some numbers or taking a look at a new loan, please get in touch.