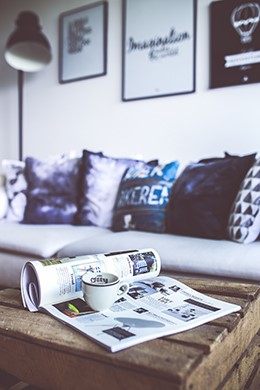 Fun fact: we're just a few weeks away from the winter solstice, the shortest day of the year. In the meantime, here's some even more interesting news:

Why now is a good time to think about refinancing

The Reserve Bank recently increased official interest rates by 0.25 percentage points and has signalled more rate rises are on the way. But don’t panic. Instead, fight back.

How? By refinancing to a comparable home loan with a lower interest rate.

I work with a large panel of lenders, many of which are offering special deals to people who refinance, so there's a good chance I can help you switch to a lower-rate loan. That will help offset any future rate rises.

When you refinance, you'll have to go through the same qualification process you experienced when you took out your current home loan.

So look for ways to reduce your expenses and increase your savings rate.

Consider lowering your credit card limit, as a higher limit will reduce your borrowing capacity, even if you pay off your entire credit card debt each month.

Maintain or even increase your credit score by paying all your bills on time, and, possibly, closing out any personal or car loans you might have.

Buyers are steadily shifting their attention from houses to units.

In April, median prices rose 10.4% in annual terms for units and 18.6% for houses, according to CoreLogic – a difference of 8.2 percentage points.

As property prices continue to rise, it's likely more buyers will shift from houses to units, which would lead to a further narrowing in the price growth differential. It’s even possible that, at some point, unit price growth will overtake house price growth.

Large numbers of borrowers will soon be coming to the end of their fixed-rate period, with Commonwealth Bank alone revealing that $44 billion of fixed loans will expire this year, according to Canstar.

Some media reports have suggested that borrowers in that situation should be worried, because their new variable interest rate is likely to be higher than their current fixed rate. However, there are four reasons not to panic:

The Australian Taxation Office has urged people to be vigilant about a new scam doing the rounds.

The ATO has detected an increase in fake websites offering to provide tax file numbers (TFN) and Australian business numbers (ABN) for a fee – but, instead, using the websites to steal consumers' money and personal information.

These fake services are often advertised on social media.

It is free and easy to use government services to apply for a TFN and apply for an ABN.

“We are concerned about a recent increase in the number of victims reporting scams around TFN and ABN applications," he said.

"We are also still seeing scammers impersonating the ATO, making threats, demanding the payment of fake tax debts or claiming a TFN has been ‘suspended’ due to fraud.”