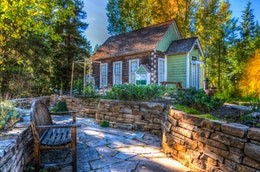 You're probably overwhelmed with election coverage, so instead of giving you even more politics news, I've found some property and finance stories I think you'll appreciate:

The federal government has expanded its support to first home buyers and single parents, and has also released a new program for regional buyers.

The First Home Loan Deposit Scheme and New Home Guarantee, which currently support a combined 20,000 first home buyers per financial year, will now support 35,000 per year from July 1. The price caps for these programs, which differ from area to area, will also be increased, by anywhere from $50,000 to $250,000. Under these programs, eligible first home buyers can purchase properties with just a 5% deposit, without needing to pay lender's mortgage insurance.

The Family Home Guarantee, which currently supports 10,000 single parents over four years, will now support 5,000 per year from July 1. Under this program, single parents can buy properties with just a 2% deposit.

The new Regional Home Guarantee will help 10,000 people per financial year (starting October 1) to buy a property in a regional area with just a 5% deposit. This program is open to first home buyers, people who have not owned a home for at least five years and permanent residents.

That was the highest annual growth rate on record apart from the introduction of the GST in 2001, and means Australians are having to pay more money to build or buy new homes.

It's hard to know whether the growth in construction costs is trending up or down: costs rose 2.4% in the first quarter of 2022, which was significantly higher than the previous quarter (1.1%) but lower than the quarter before that (3.8%).

“Steep rises in metal prices are also now flowing through to the market, with structural steel, fixings and metal components hit hard.

“We continued to see volatility in the rest of the market, with imported products the most vulnerable due to elevated shipping costs. Rising fuel costs are also on the radar and we have continued to see further increases in the cost of other materials."

Most mortgage holders will be able to cope if and when interest rates start rising.

That’s one of the findings from the Reserve Bank of Australia’s (RBA) latest half-yearly Financial Stability Review.

Between February 2020 and February 2022, many borrowers built up big repayment buffers, by paying extra money into their offset and redraw accounts.

During those two years, the median buffer for owner-occupiers with a variable-rate loan increased from about 10 months of repayments to about 21 months.

“The increase in payment buffers partly reflects the impact of lower interest rates on minimum repayments,” according to the RBA.

“If interest rates were to increase by 200 basis points (i.e. 2 percentage points), current excess payments would be equivalent to just under 19 months of scheduled payments.”

In further good news, the share of loans in negative equity (i.e. where the loan exceeds the value of the property) has also significantly improved during the two-year period, falling from 2.25% to less than 0.25%.

A rate lock can protect you from forecast rate rises

The big four banks have forecast that the Reserve Bank will begin lifting official interest rates from June. If and when that happens, lenders will almost certainly increase their home loan rates.

That would be annoying if you're about to start looking for a property and you're planning to get a fixed-rate loan, because it's possible fixed rates will rise between when you get your pre-approval and when you formally apply for your home loan.

In that case, you'd have to accept the higher interest rate – unless you’d taken out a 'rate lock', which is when a bank promises to give you the lower initial interest rate, in return for a fee.

Rate locks, like all insurance policies, are priced so that the provider (i.e. the bank) finishes ahead. So, for the average borrower, the cost of the rate lock is likely to be higher than the savings it provides. But a rate lock can still be valuable by providing peace of mind.

I can model different interest rate scenarios for you, to help you decide if a rate lock is suitable for you.